In the first part of the introductory article, we covered the origins of Peachpie. We mentioned the primary motivations behind the creation of a PHP compiler, which led to the development of Phalanger, the predecessor of Peachpie.The last post finished by pointing out the nuances and benefits of Microsoft’s Roslyn compiler, which paved the way for Peachpie. In Part II, we would like to explain in what ways Peachpie will outperform Phalanger and to what overall benefits we expect this to lead.

Although Peachpie is still a work in progress, our past experience with the development and maintenance of Phalanger and analysis of the current status of PHP allow us to make several inferences about the value added of Peachpie.

From practical applications, we know for a fact that Phalanger left many areas with substantial room for improvement. Our users’ feedback and a continuous profiling of PHP applications allowed us to identify various bottlenecks that slowed Phalanger-compiled apps down by 10 and occasionally even up to 75%. Together with the benchmarks below, which were performed with Phalanger in March 2012, this yields multiple interesting results: 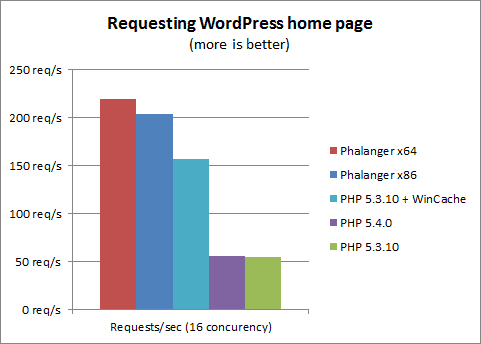 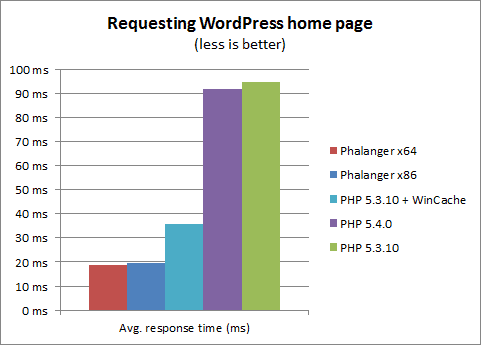 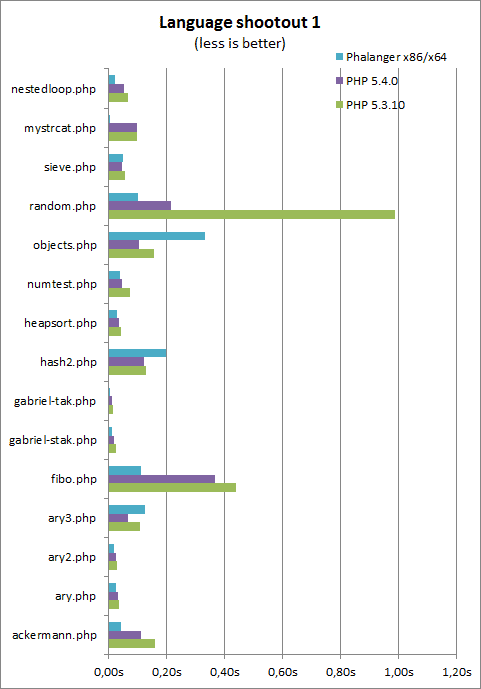 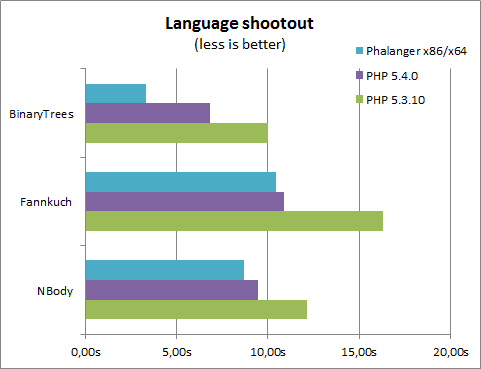 It is imperative to mention that this benchmarking study was conducted exactly four years ago, in 2012, and PHP has since improved drastically in terms of its performance. However, Peachpie will offer a multitude of architectural improvements and features, based on our experience with Phalanger.

The first roadblock that Peachpie effectively removes is the frequent garbage collection. Phalanger boxed all values by treating all types as Objects, which is a tremendous burden for garbage collection. Peachpie will include type analysis, which allows the developer to work with value types on a stack without the need to allocate them to a heap. Another enormous benefit of the type analysis itself is that it provides an increased security and resilience against runtime errors.

Additionally, the type analysis allows for a significantly better optimalization through both the compiler itself, as well as the JIT compiler in .NET. One of the most impressive benefits of Peachpie will then be an improved interoperability with C# projects, which will be able to use the compiled PHP code through a strongly typed interface, rather than generic objects.

Unlike Phalanger, Peachpie will prefer the option to execute code statically. This means that function calling and class instantiation will no longer be executed dynamically, and the resulting code will be more similar to that of static languages, such as C#. Not only will this enable a more precise type analysis, but it also paves the way for further optimizations conducted by the JIT compiler.

Last but not least, Peachpie will be an open platform that can easily be extended and enriched by new libraries.

The Benefits of Peachpie

The primary reasons why Peachpie makes sense through the benefits attached to it can be broken down into the following three categories:

The exact statistics and quantities by which PHP applications can be improved, for instance, will not be clear until the first benchmarking studies can be conducted for Peachpie. However, we have gathered immense amounts of experience and insights from developing the Phalanger compiler, which allows us to make relatively accurate predictions as to the functionality of Peachpie.

We are looking forward to presenting the outcomes of our first benchmarking studies in the weeks to come.